Wow. What a summer! According to the NOAA (National Oceanic and Atmospheric Administration) more than 55 percent of the United States was classified as experiencing moderate to exception drought at the end of June. The NOAA also reports that the month of June was the 14th warmest and tenth driest June on record, based on data dating back to 1895. However, you don’t need statistics to know that things are dry. All one needs to do is look out his or her window at the once green-grass now resembling more of desert sand than anything else. Even well-established plants are beginning to wilt and rivers that were once flowing have now diminished to a near trickle. As much as we all have a right to lament the dry weather because of the effect its had on our landscape, no one has the right to complain more than the farmers whose livelihoods depends on the growth of their crops. Check out these photos from the Photography Blog in the Dallas News. 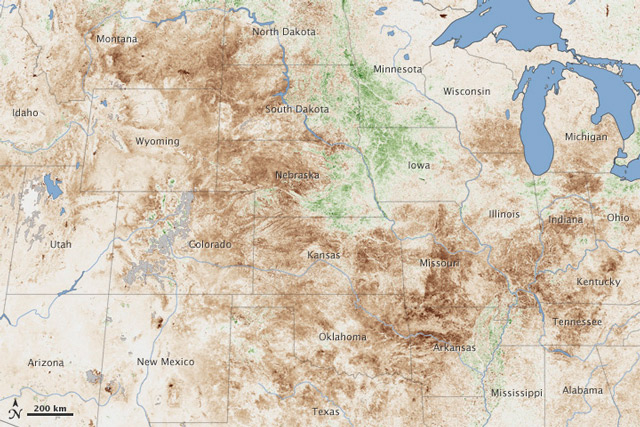 So we all know it’s been dry and unfortunately, no version of a rain dance is going to change that fact. But there are a few things you can do to combat the drought and give your plants the best chance at survival that you can. Here are a few watering tips to help you through the dry spell:

However you choose to water, be sure you check with your local municipality for any watering bans which may be in effect. If you are able to water and want to do it in style, check out some of these great watering accessories from Willard & May!